BBC iPlayer: No More Geo-Restriction Thanks to VPN Unlimited

How about unlimited access to BBC iPlayer? Since recently, it’s exactly what VPN Unlimited offers. Make yourself a cup of tea with finger sandwiches, sit back, and get set to read about our latest update.

Nobody likes to be restricted, but BBC has in its corporate policy exactly that. Because BBC can only monetize British subscribers, they apply various geo-restrictions for other countries. This makes sense, cause otherwise they would be losing £150m a year. Luckily, VPN Unlimited users are now able to easily bypass BBC iPlayer geo-blocking. Want to know how? Let’s figure out together.

BBC iPlayer is known to be the most convenient streaming service of live and catch up TV among the British ones. Also, it includes such British channels as: BBC One, BBC Two, BBC Three, BBC Four, cBBC, BBC News, Radio 1, etc. And surely you’ve heard about its’ popular shows like Doctor Who, The Voice UK, MasterChef, Life in Squares, etc. Unfortunately, this service is available in the UK only. And even if you are British, while travelling abroad, you won’t be able to access it and watch your favorite shows without a virtual private network. These kind of apps hide your real IP and make it look like, for instance, that of a British user.

According to BBC News, more than 65 million people access BBC iPlayer using virtual private networks. The research was conducted across 34 countries (including China, the US, France, Germany, Ireland, India, and Brazil). 38,5 million are thought to be from China. The research showed that, despite the fact that iPlayer is geo-restricted and available for British people only, it actually has “a huge global audience”.

As a result, this UK’s national broadcaster continues to increase the rigidity of its terms of use. For instance, since September 1, 2016, in order to watch iPlayer you would have to own British TV licenсe. And since January 1, 2017, to buy a subscription of BBC iPlayer you have to enter a British postcode to a registration form. Moreover, you can’t access it with your everyday proxy-server any more because of BBC’s proxy blockers. Only high-quality virtual private network, like VPN Unlimited, can circumvent BBCs geo-restriction. 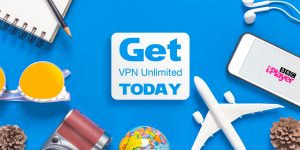 P.S.: Check out our detailed manual with screenshots of each step for your best convenience.