Blog
Bitcoin: How to Stop Worrying and Be Your Own Bank

Bitcoin: How to Stop Worrying and Be Your Own Bank

Good old rollercoaster Bitcoin! If you’ve been eyeing its trends, you know it’s been tanking since the beginning of 2018, and the last couple of days fluctuating around the $7k mark. If you’ve been pulling your hairs out for not having invested in, say, 2011, or, better yet, in January 2009, when the ledger just started, don’t — really. Remember, hindsight is 20/20.

Instead, you might want to consider investing now, for experts are forecasting Bitcoin exchange rate to reach $21k in one year, and some $62k in five years — that’d make about 900% 5-year return, quite a solid long-term investment. And if you are looking to start Bitcoin trading, it can be a good idea to buy into it these days.

There is a wide-known motto Bitcoin advocates promote — “Be your own bank”. An appealing idea, no doubt. But there are a few difficulties, possibly even drawbacks to some, of implementing it. Like any good bank, you want to have impenetrable protection. And Bitcoin’s growth scale and the resultant general obsession further accentuate this need. But before we discuss good security practices when using your Bitcoin wallet, let’s have a quick overview of some prominent Bitcoin-related accidents.

December 26, 2017. Pavel Lerner, 40, a cryptocurrency expert working for EXMO Finance, was abducted when leaving office by balaclava-wearing men in Kyiv, Ukraine. Four days later, after an unknown someone paid $1 million worth ransom in Bitcoins, the kidnappers released him, unharmed.

€100k worth of Bitcoin stolen over restaurant WiFi, Austria

November 21, 2017. Innsbruck, Austria. A 36-year man logged in a restaurant’s unprotected WiFi hotspot to check his Bitcoin account, and within a few minutes found more than $100k worth of Bitcoins withdrawn to an untraceable wallet by cybercriminals.

Russian crypto trader and blogger beaten and robbed for $425k

January 14, 2018. Pavel Nyashin, 24, a crypto investor and a founder of a popular YouTube channel where he taught people his trade, got beaten and robbed in his home in St. Petersburg area. Assailants broke in with the initial intent of kidnapping him for ransom or the wallet key. They struck Pavel’s face with the butt of the pistol, strangled and beat him up. Eventually, having broken most electronic devices, they made off with a safe containing about $425k in rubles and a laptop Pavel used for trading. Pavel nearly lost an eye.

Of course, these cases are exceptional, but then you shouldn’t push your luck. Here are the practices you should follow in order to protect yourself and your money.

Really, if you are serious about it, or, better yet, have already made a fortune, you should know better not to brag. Otherwise, you risk becoming some crook’s target online or offline. 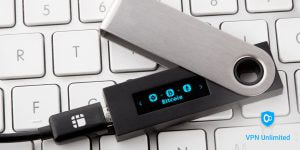 Yes, they are very convenient and closest to what we are all used to — accessing your wallet from any device by simple entering of a password. But convenience comes at a price of security, for your Bitcoins only belong to you when you have a corresponding wallet-key. It’s not uncommon for online services to run away with your money or get hacked.

Computers and mobile devices are easy targets extremely vulnerable to bugs and malware. So, if you choose to run your trade with them, always mind latest security updates, apply full-disk encryption, and password-protect physical access to them. Only keep the amount of money you trade with, and never store your long-term saving account key on such devices.

Really do. If a device where you store your wallet-key breaks or gets lost, your money will be gone forever.

Cold storage means any offline carrier. It can be a USB-stick, a piece of paper, a hardware wallet, anything. Always store your long-term saving account private keys on these.

Public hotspots are honey holes for hackers. Many grand breaches and thefts were caused by cybercriminals catching unencrypted data packets flying on restaurants’ networks. If you want to trade safely from anywhere, always use a reliable VPN service. VPN Unlimited works perfectly for cryptotrading, as it securely encrypts all traffic, protecting your wallet-keys from any hackers, no matter how determined and professional they are.

By the way, if you want to download VPN Unlimited anonymously, we accept Bitcoin.