Blog
British VPN Server: How to Get a UK IP Address with VPN Unlimited

Fastest British VPN Server: How to Connect to a UK VPN Server | Fun Facts about the UK

Being the 10th of the World’s Most Visited countries of 2018, Britain is also ironically known for one of the world’s hardest-to-get visas. People from all over the world strive to go on a real-life trip to the United Kingdom and this is not surprising. This country is full of terrific scenery, urban adventures, historic castles, and traditional English pubs.

The same applies to virtual trips to the UK, as this location is the one and only opportunity to stream British TV channels abroad. The most popular way to go on a virtual trip to the UK is to connect to a reliable UK VPN server. Yet British VPN blocking is really strict, so not every service provides users with a British VPN server and access to the UK content.

KeepSolid VPN Unlimited, however, is the fastest and easiest way to get a UK IP address. Choosing our service, users get a huge list of VPN servers to choose from, including 3 British VPN servers. Why do people need to connect to the best UK VPN server? How to get a British IP address? Get the answers to your questions and learn fast facts about the United Kingdom in this piece. Let’s get to it!

As we’ve already mentioned, the reasons to use a UK IP address can vary – from accessing British internet content outside the UK to protecting your data while on public WiFi. All in all, the key reasons to connect to a British VPN server can be divided into the following 3 groups:

How to get a UK IP address abroad for free

KeepSolid VPN Unlimited provides new users with a 7-day trial for absolutely free. With it you can easily connect to the British VPN server with VPN Unlimited for free. All you have to do is follow these easy steps:

Note: The Streaming servers in the iOS versions are marked with Movies & TV.

That’s all! Once the VPN connection is established, you have a UK IP address. As you can see, you can virtually travel to Britain and benefit from VPN Unlimited app in a few clicks. To top it off, here are some handy facts for those planning a real-life trip to the UK.

10 fun facts to know before a trip to the UK 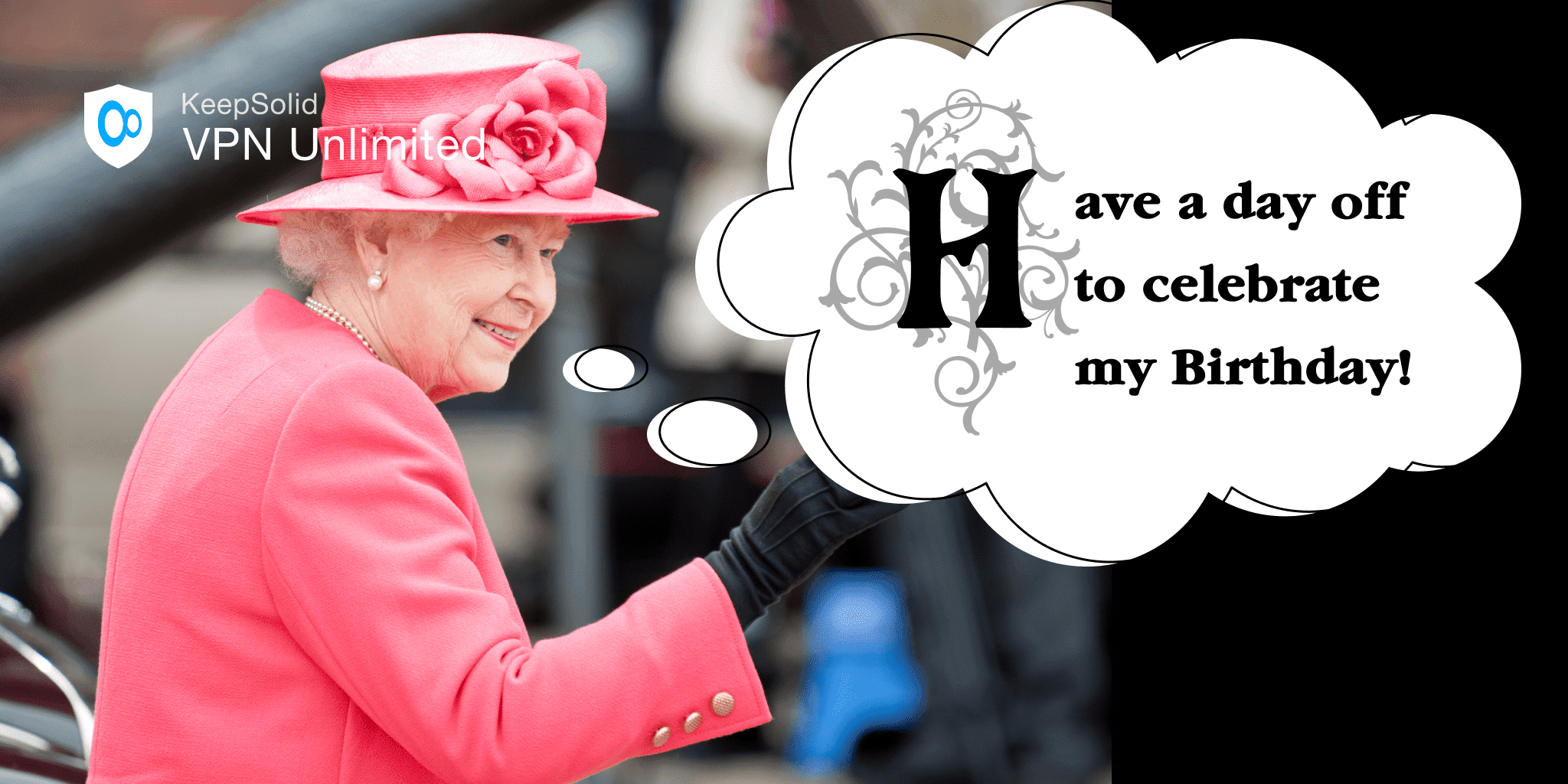