14 years ago on February 4th, 2004, 19-year-old Mark Zuckerberg launched a website thefacebook.com for Harvard University students. Who would have thought back then that in 2018 more than 2 billion users from around the world will be registered in this social network? In 2004 it was just the beginning of Facebook Revolution. Mark Zuckerberg gave people something very important: easy and convenient way of communicating and staying in touch with friends and loved ones.

“Since we all do our part in this journey to connect the world, it’s important to remind ourselves to celebrate what’s at the root of it all: friendship,” stated Zuckerberg in his Facebook posts.

That’s why in 2015 he first introduced the idea to celebrate Friends Day instead of the birthday of his social network. In honor of this holiday, VPN Unlimited team gathered some fascinating information about Facebook.

First things first, let’s take a closer look at Facebook’s statistics. Since it is known to be the most popular social network in the world, the official data have to confirm that. So, the facts are the following:

The aforementioned statistics show the position of Facebook on the social media world market. As you may have noticed, its’ leadership is beyond doubt.

Besides its convenience and unification of friends around the world, Facebook has its own funny stories. For instance: 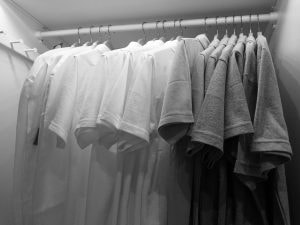 Unfortunately, not all people in the world may access Facebook and communicate with friends using the most popular social network. As Wikipedia puts it, there are 17 countries which blocked access to Facebook at least on a temporary basis. For example, in Tajikistan the government did it in response to negative comments about President Emomalii Rahmon and other officials. 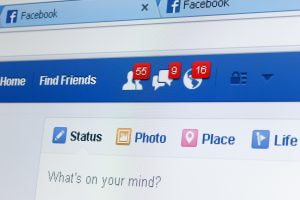 In Egypt and Vietnam, Facebook was blocked because of the unstable political situation. In Cuba, it’s just too hard to access Facebook since it is legally available from the home IP address only for politicians, some journalists and medical students. As for the others, they may access their accounts via internet cafes. In China, Facebook is blocked since 2009 because of the Great Firewall. However, 95 million users from China stay active thanks to virtual private networks, like VPN Unlimited. Our service provides a secure and reliable way to  bypass any cyber-walls, offering unlimited access to your favorite social networks

Let’s join Facebook in celebration of it’s 14th birthday (or as they call it Friends Day). Simply enable VPN Unlimited, choose the appropriate server location, and enjoy online freedom together with your friends.

P.S: Have you already found your Friends Day video? If not, you’d better log on Facebook today. It may bring back memories of some cool times with your friends.
You are more than welcome to share these stories in the Comments section below.