History of VPN – The Whys and The Whens

Most of the safety tools that we use every day have undergone quite a long evolution path. From big rocks that our ancestors used to block the cave entrance to smart locks with biological authentication. From hide clothes to protect against cold to thermals that can keep you warm at the North Pole. From herbal medicine to cure cough to genetic surgery that can eradicate certain disease agents from your very DNA.

Another common sphere of life where safety is a huge concern is online communications. Even though the history of internet security tools is abysmally shorter than of those in the aforementioned examples (after all, the internet itself is only 28 years old), it is in no way less interesting. Seeing how a virtual private network (VPN) is one of the most efficient and popular security and privacy tools, today we’d like to present you a short history of its development.

Disclaimer: We’re not going to cover prehistoric beasts such as the X.25 or SWIPE protocols. However popular or innovative back in their day, they have very little in common with today’s VPN services. We will also focus on desktop VPN solutions, since browser and mobile VPN’s are a per-se and deserve their own research.

Long story as short as possible

The need for a way to keep sensitive information private and secure online has arguably existed for as long as the internet as we know it. At first, it mostly concerned governments and businesses. However, the rise of cybercrime resulted in a series of high-profile security breaches in the early 2000s. Because of that, more and more everyday users were becoming aware of the online risks. 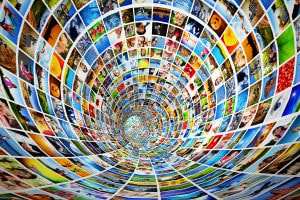 VPN turned out to be an ultimate answer to their needs. It allowed to remotely connect to a private network through a public connection, granting high levels of privacy protection. What’s more, it used various encryption techniques (however basic at that time) to protect your data from unauthorized access.

The first real VPN protocol was Point-to-Point Tunneling Protocol (PPTP). Its development started in 1996 and the specification was published in 1999. This protocol soon got very common, especially within a Windows environment. Unfortunately, it quickly became clear that, while technically utilizing certain security features, PPTP had many vulnerabilities. This was due to the flaws in its authentication protocols and susceptibility to brute-force attacks. For those reasons, this protocol is currently obsolete.

Simultaneously to PPTP, another protocol was being developed – Layer 2 Tunneling Protocol (L2TP). It didn’t provide any privacy and strong authentication itself, relying on the Internet Protocol Security (IPsec) encryption protocol that it passed within the established tunnel. This combination was commonly referred to as L2TP/IPsec. This protocol is often used by ISP’s, and it was also implemented within Windows Vista. Even though L2TP is not obsolete, it is often considered outdated by most IT specialists.

The first of the currently popular protocols is Internet Key Exchange (IKE). Its first version was released in 1998 and is commonly called IKEv1. It is also sometimes referred to simply as IPsec due to the fact that the first version of IKE is used by IPsec by default. IKEv1 features enhanced encryption sequences and some other developments, which made it quite common in modern VPN services.

In 2001, OpenVPN® was released. It had a number of selling points, like being open-source and utilizing custom security protocols such as 256-bit OpenSSL encryption. Thanks to that, OpenVPN® has seen quite general use and has been ported to several systems. Overall, it is considered very reliable, even though it sometimes loses in terms of performance.

Let’s go back to IKEv1 for a moment. Despite all its advantages, it had its flaws like certain bugs and weak connection stability. To improve on that, in 2005 IKEv2 was released. It added mobility support, increased reliability and DOS attack resilience, simpler certification, etc. It is currently considered one of the most cutting-edge VPN protocols.

There has not been any new major VPN protocol releases since 2005. Most developers prefer to work with open-source solutions and work on improving the existing ones. For example, our VPN Unlimited utilizes

OpenVPN® and IKEv2 protocols to ensure the best balance of protection, privacy, and performance for our users. Also worth mentioning is KeepSolid Wise, a sophisticated technology developed for better reliability and to gain an unthrottled bandwidth.

All in all, internet security is currently in an interesting situation. On the technical side, it is constantly developing, making it possible for an everyday netizen to get military-grade protection at a reasonable price. On the other hand, however, due to a constant online arms race, that very netizen usually feels overwhelmed when trying to keep track of the innovations. We hope that this piece helped you see the clear picture of internet security tools development!

Oh, and if, for whatever reason you still don’t protect yourself online, we highly recommend you to try VPN Unlimited. Use a 7-day trial period to check it out and see how your online experience benefits from unlimited privacy and security!