How to Use Public WiFi Safely: Guide for Android Devices

Whether you’re doing shopping at the local mall, staying at a hotel, or drinking coffee at a cafe, you can often find a free public WiFi there. It’s a cool opportunity to preserve internet access on your smartphone wherever you are. Especially if you need to go online and can’t use mobile network for some reason, or you’re in a place with poor mobile reception.

However, when you connect your Android phone or tablet to a public WiFi hotspot, you leave your device exposed to cyberattacks. Open WiFi networks can be easily exploited by hackers to steal users’ data.

Is there a way to use public WiFi safely on Android device? The answer is Yes. Check out the tips prepared by KeepSolid VPN Unlimited team and learn how to protect yourself on public WiFi.

What are the risks of using public WiFi? 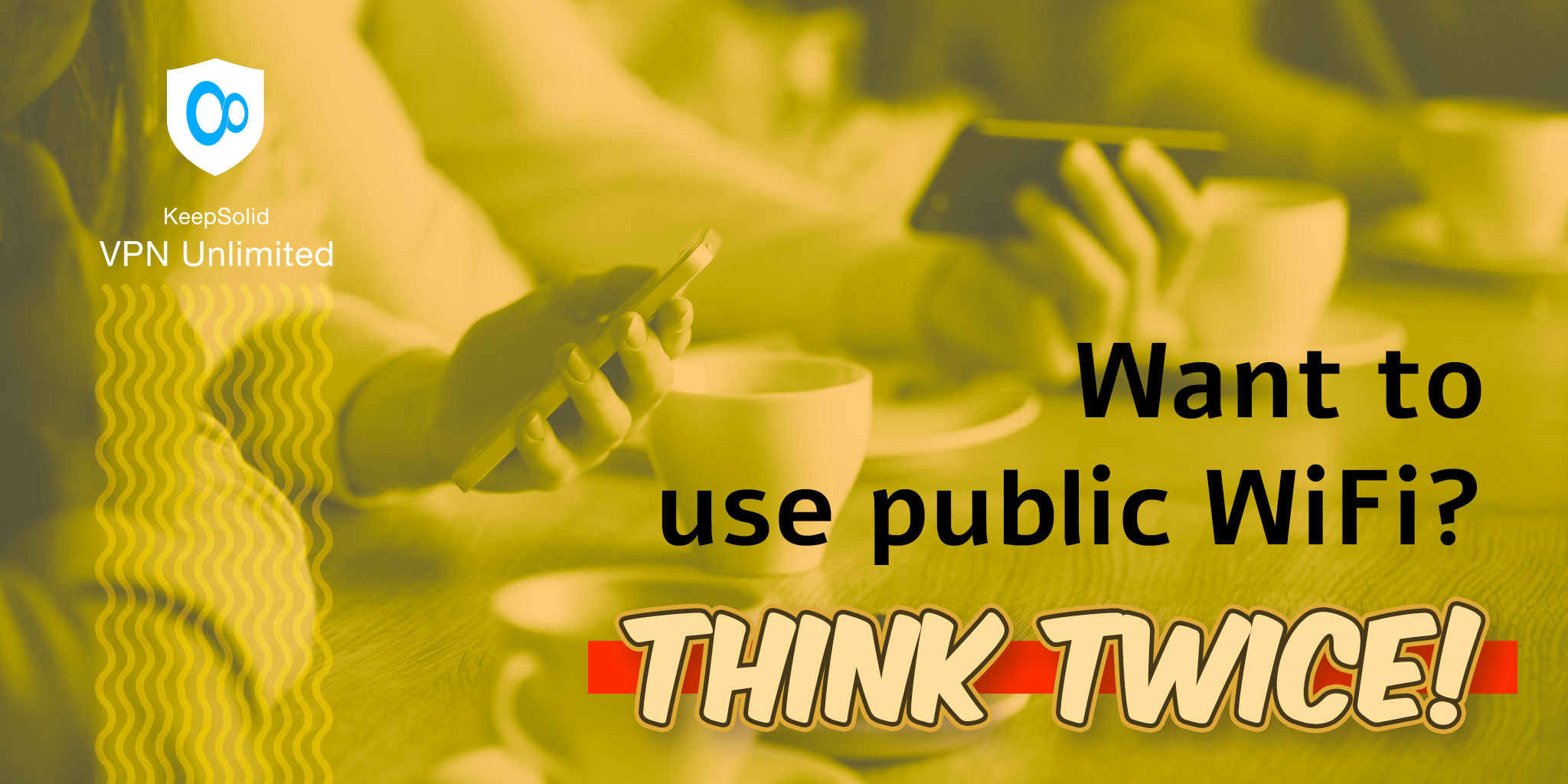 Unsecured WiFi networks don’t require a password to use it. The absence of authentication, as well as unencrypted connections, creates an amazing opportunity for hackers to steal data from unsecured devices on such networks. Your passwords, credit card details, and other sensitive information become quite an easy target if you’re using a free WiFi network.

Still using your Android on public WiFi without any protection? Here are some traps you can fall into:

OS updates aren’t all about providing new features to your Android smartphone or tablet. They are released to enhance the operating system, as well as fix bugs and vulnerabilities which can be exploited by hackers to steal your data. 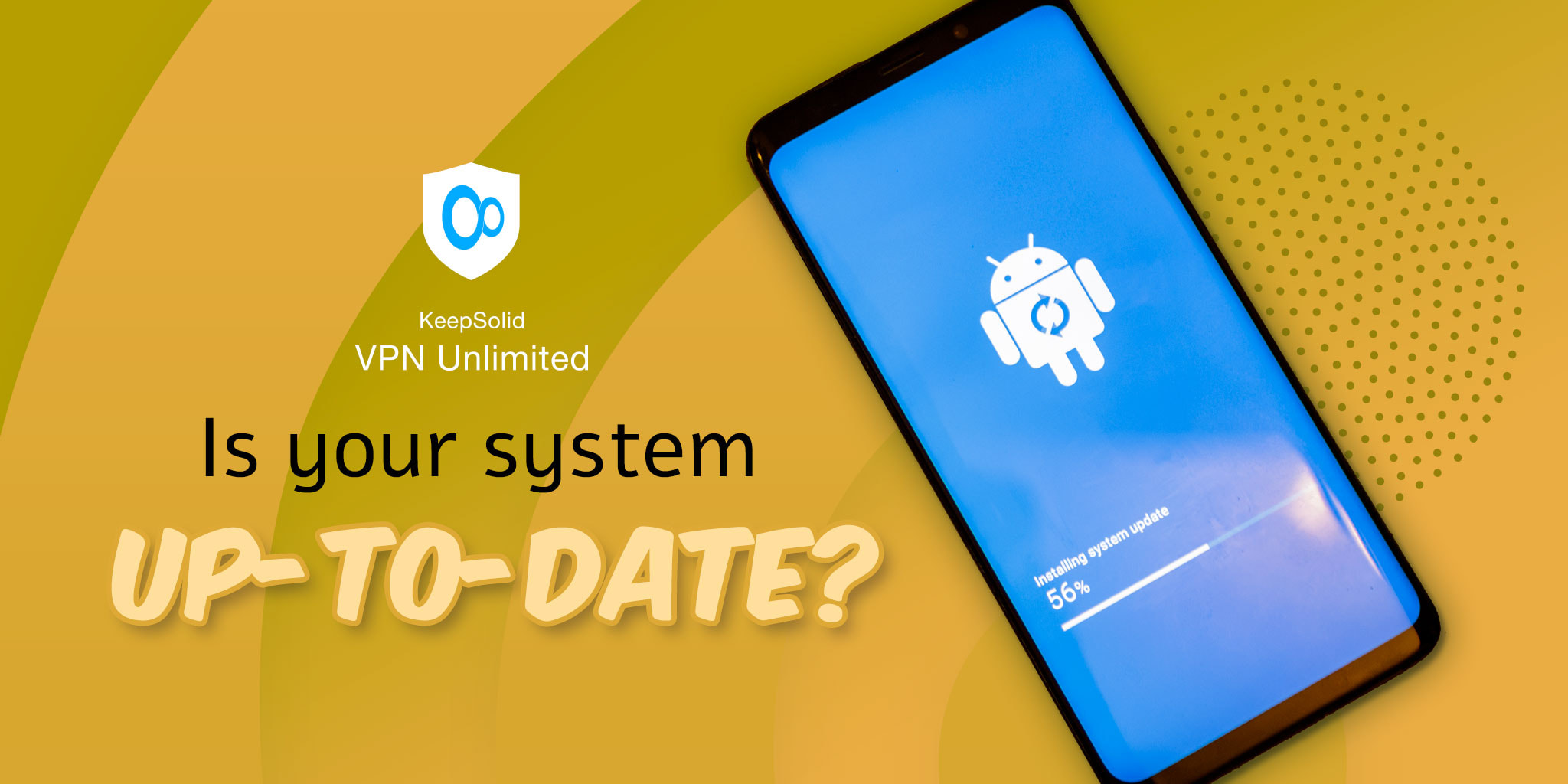 Whenever Google releases a new update, make sure to install it on your Android device. And this is vital not only for public WiFi. Regular updates are a general precaution that’ll help you ensure your Android security.

Before connecting to public WiFi, make sure your Android smartphone is equipped with special security software. Hackers can use an unsecured public WiFi to distribute malware. Mitigate this risk and boost your Android device protection using malware scanning and removal tools.

It is quite a simple but effective way to secure your online accounts. Two-factor authentication, also known as 2FA, requests a special code which it sends to your device every time your account is accessed from an unknown location. 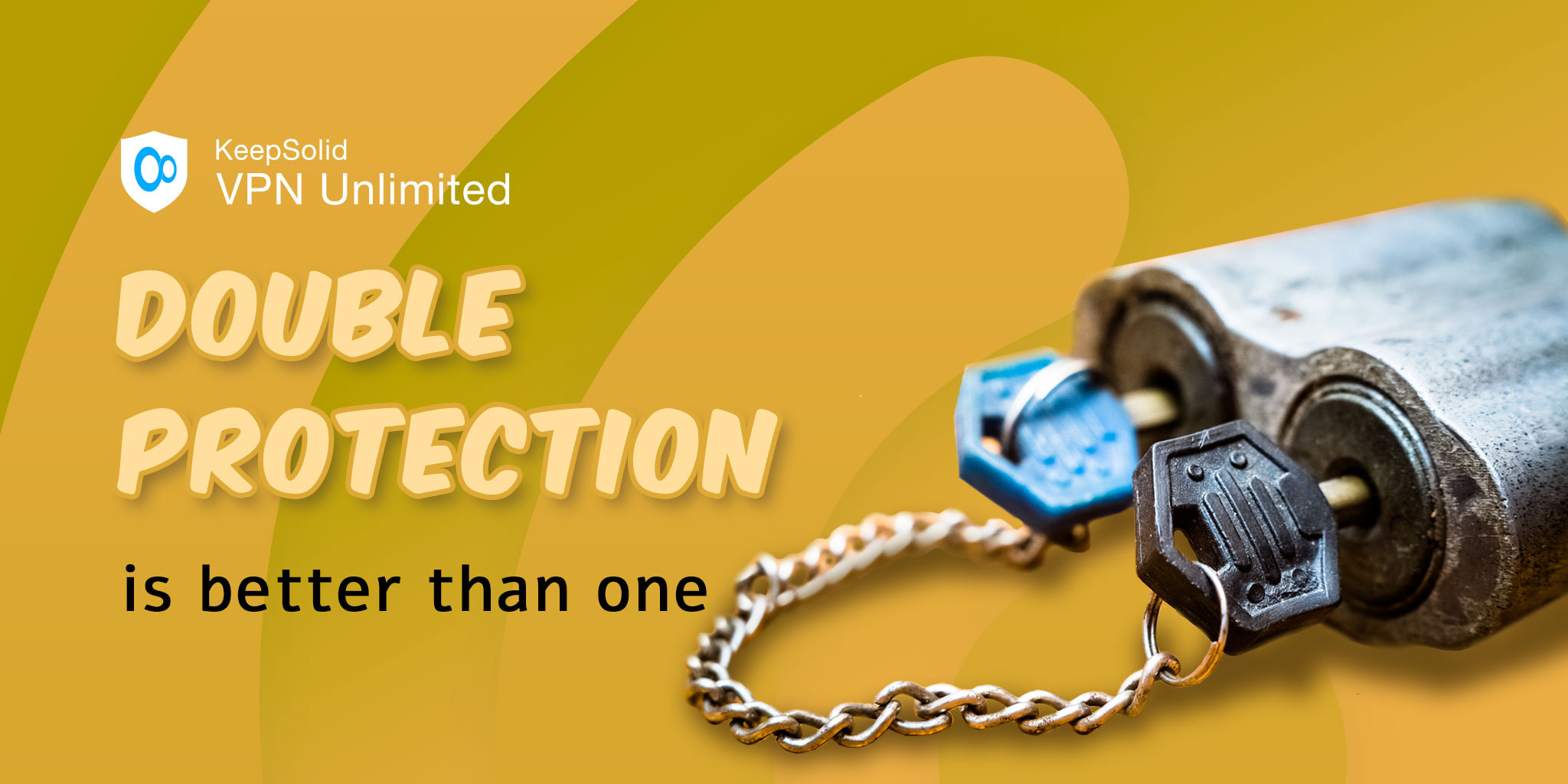 So in case someone intercepts your credentials and tries to break into your account, possessing your password won’t be enough. They’ll also need access to your device. 2FA is offered by many online services and social media sites. However, the exact steps required to set it up vary from service to service. Also, you could install special 2FA apps like Google Authenticator, Authy, or the like.

Two-factor authentication will definitely boost your account’s security, but be aware that the activity after two-factor sign-in can still be easily monitored by the owner of the unsecured network. As such, 2FA can’t be used as a single security measure for your Android in public WiFi.

Enable VPN before connecting to public WiFi with your Android device

A VPN is a must-have tool for your Android on unsecured WiFi. By using a trustworthy VPN for Android like KeepSolid VPN Unlimited, you easily combat security problems of public WiFi. VPN software routes all your traffic, including such sensitive information as passwords, credit card details, etc., via an encrypted tunnel. 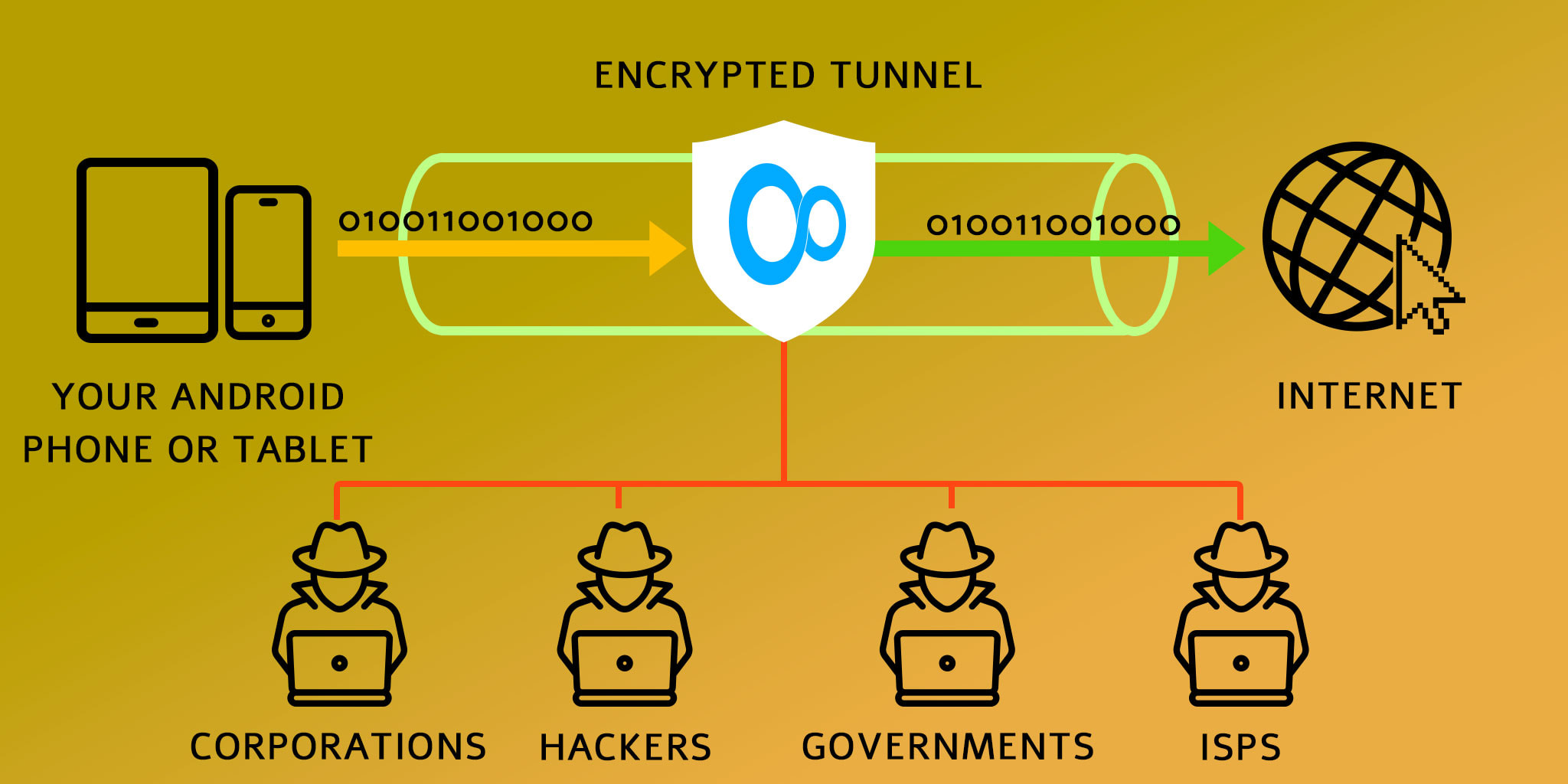 The encryption used by KeepSolid VPN Unlimited makes it impossible for unwelcomed parties to decipher your data or see your online activities. As such, a number of WiFi security risks are minimized, including man-in-the-middle attacks, WiFi sniffing, evil twin attacks, and identity thefts.

Any worries about the security of your banking transactions, social accounts, online shopping, and much more, can thus be dismissed. Besides, the network’s admin can no longer see what websites you visit, turning your online activities anonymous. Same way, when you use VPN on your Android device at home or work, the ISP or your organization no longer have access to your web browsing history.

Thus, VPN gives you much more than enhanced security on unsecured WiFi networks. What you also gain is an overall online privacy. 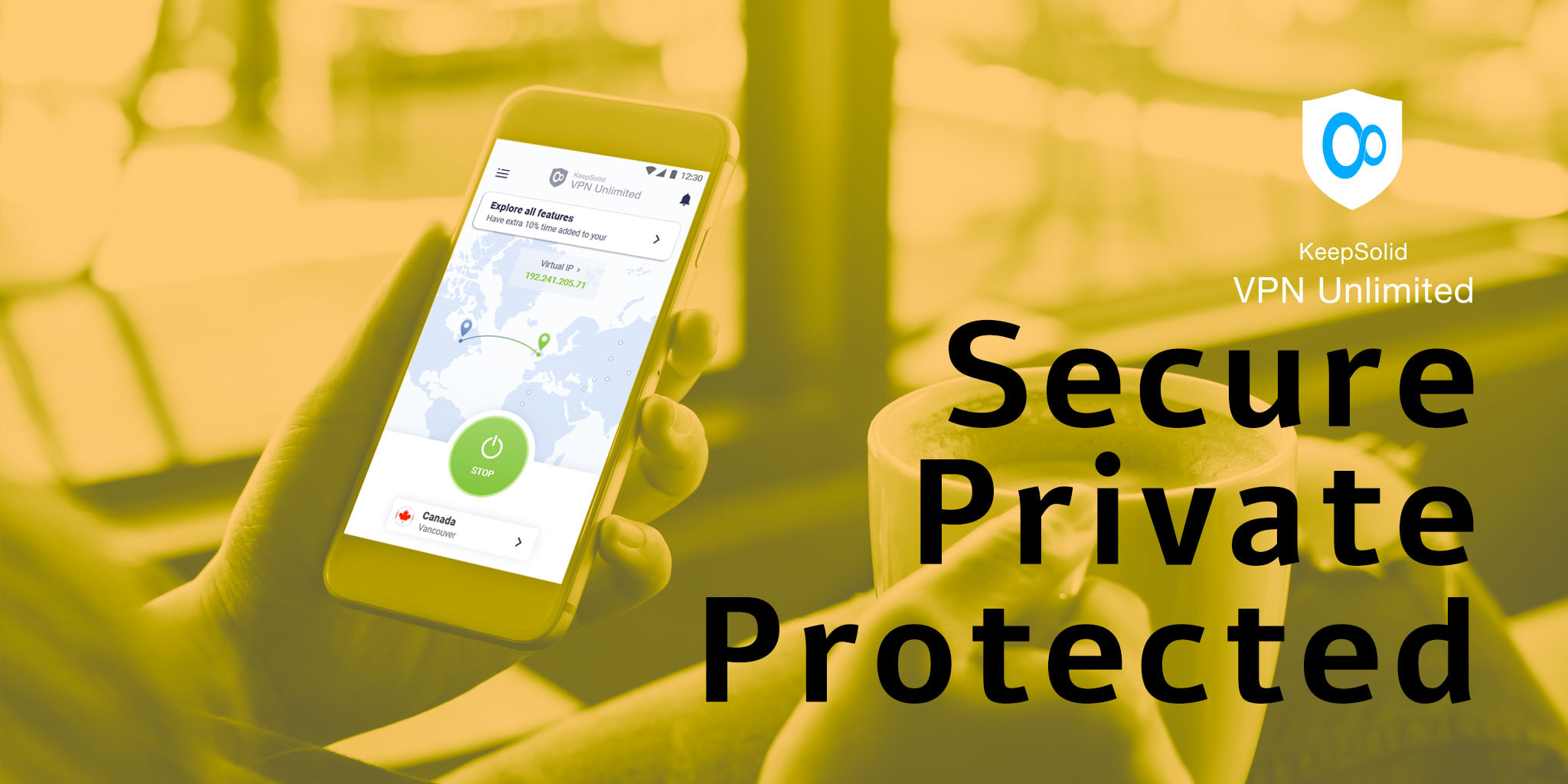 Your device remembers WiFi networks you used in the past, whether public or not. When WiFi is turned on, your phone automatically connects to the nearest WiFi network you’ve used before.

Saving network information is generally a great feature. You don’t have to re-select a network you want to use again or enter the network’s password each time you connect to it.

However, this may pose a security risk. The connection is initiated automatically, without notifying you. In case of a secure network, it is ok. But what if your device automatically connects to a dubious public WiFi and, say, VPN is not enabled? This could expose your private data to high risk.

To avoid this, make sure your device ‘forgets’ all the questionable public networks you use. Settings may vary by phone, but generally you need to follow below steps:

That’s it! The network is removed and your Android device won’t be able to connect to it behind your back.

Free WiFi networks are very tempting, but can pose major threats to your data. However, this is no reason to discard them. Taking the right security measures and using the right tools like VPN, you can easily mitigate public WiFi risks and go online securely on your Android device.

Follow the tips above and don’t forget to use KeepSolid VPN Unlimited whenever you connect to a public WiFi.