VPN technology has many implications. Some people utilize it casually, to occasionally get access to a blocked website or service. However, for certain users VPNs are of much greater importance. For journalists and political activists living in autocratic states, it is their only defense against governmental surveillance and censorship. For business owners, VPN services grant security of their commercial secrets from hackers and competitors. Even for simple netizens, a proper VPN often means the difference between access to their favorite service and a ban.

You know what’s common about all those people? Even the slightest disruption in VPN connection will cause their complete deanonymization. This happens because their real IP and other information become visible via normal, ISP-provided connection.

Even such a reliable and stable service as VPN Unlimited is not immune from a sporadic disconnect. Well, we’re not going to risk our users’ safety and confidentiality. That’s why we’re proud to announce the launch of a long-awaited Kill Switch feature for our VPN service!

What is Kill Switch

Kill Switch is a technology that monitors the state of your VPN connection. As soon as it detects any disruptions (whatever the cause), it automatically disables your device’s internet connection until the VPN’s work is restored. This means that not a single bit of traffic will be transferred unencrypted, effectively protecting your IP from from revelation and ascertaining your online anonymity. 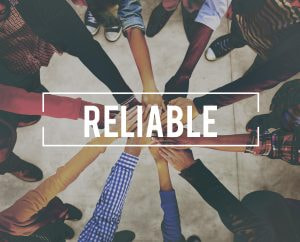 Who needs VPN with Kill Switch

For some VPN users, occasionally sending unencrypted data over home network is not a big deal. However, in many cases sending even a small amount of unencrypted data can cause problems. Kill Switch is definitely a must-have feature of your VPN service in following cases:

To enable the new feature on an Android device, go to VPN Unlimited settings and choose the Always-on VPN and Block connections without VPN options. On macOS, Windows, and iOS, go to settings and turn on the Kill Switch option. Now your privacy is secured from any sudden connection breaks.

Bottom line on the Kill Switch feature of VPN Unlimited

We hope that you will enjoy the extra security added with the Kill Switch feature! It greatly complements the privacy protection that VPN Unlimited provides and will be of great use for anyone concerned about their confidentiality online. If you have any questions about this feature, or our services as a whole, check our Kill Switch page or feel free to contact us at [email protected]. And if for some reason you still haven’t made use of the VPN Unlimited benefits, you can download it now and get a 7-day free trial.