Make your Leap year special with our offer 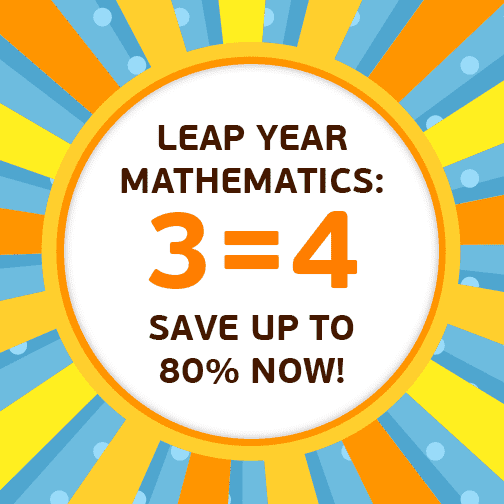 The current 2016 is considered to be an unlucky, leap year. But we break this myth and give away free subscription to VPN Unlimited. We are sure 2016 and the next four years will be absolutely lucky for you.

Why is February a leap month, not another one?

According to the history, during the Julius Caesar reign, February had 30 days and July, the month named after him, had 31. In the meantime, August had only 29 days. When Caesar Augustus became the Emperor, the ego haunted his mind, and he added two days to his month to make August of the same length as July.

We decided to play favorites to the unfairly deprived February month with a special offer. Starting today till the leap day, February 29th, you can buy a 3-month or a 3-year VPN Unlimited plan and get an additional month or a year to your subscription.

Enjoy more time of safe, secure and private web surfing with one of the most secure VPN solutions on the market that allows you to leap over identity theft, malicious software, Internet censorship, geo restrictions, and digital surveillance.

Catch the time to get more encryption, privacy and Internet freedom with VPN Unlimited for less.