Money, Drugs and WhatsApp: How The Internet Censorship Spreads

For the third time since December 2015, yesterday, on July 19th, a judge in Brazil has ordered a nationwide block on WhatsApp after the company refused to comply with a court order to reveal user information in a crime investigation. The restriction was lifted just a few hours later. But let’s take a deeper look at what’s going on in Brazil and why one of the most popular apps is getting blocked so often. Especially, taking into account the upcoming Olympics, when tens of thousands of tourists are expected to visit the country. Will they have access to the messaging app?

Yes to WhatsApp in Brazil 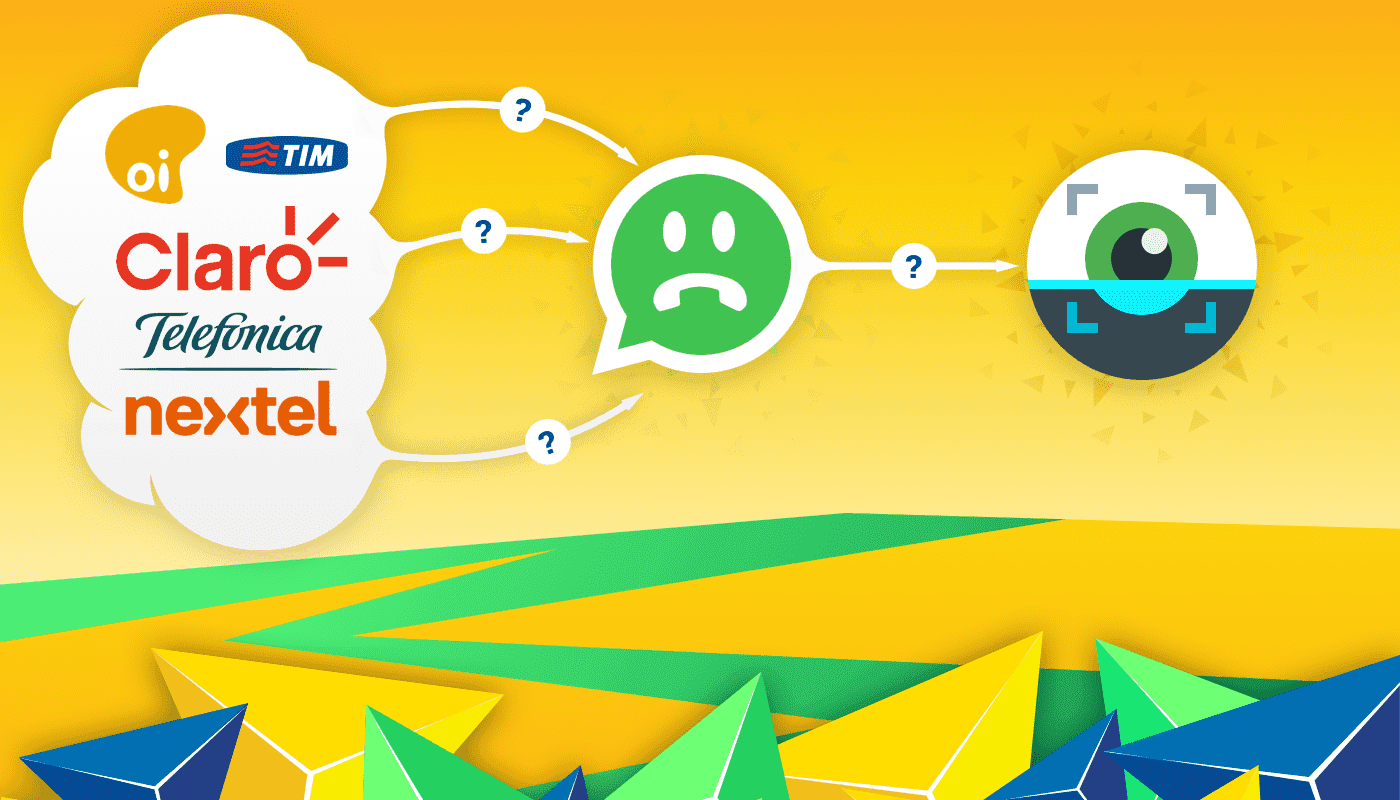 We do not have the answer to whether a court shuts down the messaging app again or not. But we are striving to give users access to resources of information and communication tools all around the world. To support our Brazilian users we made VPN Unlimited free for 48 hours. It’s free through midnight on July 20th.

Moreover, we plan to make the app free for the time of Olympics, from August 5th-21st, so both Brazilians and foreign visitors can use their favorite apps and websites without any limits.

What started as a union of largest Brazilian telecom operators against WhatsApp to report about unfair competition, ended in a series of blockages of the service connected with drug gangs. Back in 2015, major mobile operators have referred to the Facebook-owned app as unregulated, a “pure piracy” and “a provider without a license” since they pay activation and ongoing fees for each mobile phone number issued to customers while WhatsApp doesn’t.

It started in February 2015, when a judge in the Brazilian state of Piauí ordered the blocking of WhatsApp. The presiding judge in that case had previously sent an order to WhatsApp to disclose information relevant to a police investigation of child pornography in the state. After receiving no answer, the judge, referring to Articles 11 and 12 of Marco Civil, which outline a series of sanctions for providers that violate Brazilian Law or rights to privacy, ordered the service suspended nationwide. The decision was reversed after a few days of national uproar and WhatsApp was not banned then. Banning the service for all Brazilian users sounded pretty unfair, given the executives claimed they do not have the required information.

On December 16, 2015, a Brazilian judge finally suspended the messaging app for not complying with a criminal investigation. More than half the country’s population, 100+ million of people were affected. Speaking on a cell phone in Brazil can be 3 times more expensive than in the USA and by 5 times more expensive than in Spain so the service is really popular in the country – it is installed on close to 70% of mobile phones in the country.

The December ban also led to the service going down for users in Venezuela and Chile. It reportedly affected those who used the Movistar telco network.

Is there a way to stay connected?

Though, millions turned to other messaging apps. According to research by Nielsen, #2 messaging app in Brazil is Viber, then goes Zap Zap (created as a national alternative to WhatsApp and named by the play on words used by Brazilians to refer to the popular app) and Telegraph. Hours after WhatsApp was blocked, Telegram began trending in Brazil and reported a 1.5M+ download spike. In 12 hours they twitted about 5.7 million downloads from Brazil. Apple’s iMessage service usage was on the rise too.

This May WhatsApp was blocked again for 72 hours for not giving up messages associated with an investigation linked to the drug gangs. Even though Jan Koum, the founder of the app, stated all messages are being encrypted and there’s no information to reveal. Two month before this event, the vice president of Facebook for Latin America was arrested for the same reason.

On June 19, it was blocked again because WhatsApp’s owner, Facebook, had shown “total disrespect for Brazilian laws.” Luckily, it didn’t last long and the ban was suspended in just a few hours.

These blockages come amid an international debate over whether governments should ban encryption technology. Although it helps users maintain their privacy and security, encryption also makes it nearly impossible for law enforcement to intercept messages sent among terrorists and criminals.

What really scares Brazilians is a bill, labeled by critics the Big Spy, that would allow politicians to censor social media, and would require American technology companies like Facebook and Google to provide authorities with access to their data without court orders. The draft of this legislation says Brazilians would be requested to enter their tax ID, home address and phone number to access any website or app on the internet.

Three years after Snowden’s revelation, one of the greatest concerns is the mass surveillance legislation in many countries across the globe. In the wake of terror attacks, governments use the pretext of national security to pass such bills despite evidence that these measures would not have prevented attacks. According to the NGO Freedom House, between May 2013 and May 2014, 41 countries passed or proposed legislation to expand government surveillance capabilities, increase government powers to control content, and to penalise legitimate forms of speech online. In 2015 they reported a further decline more governments censored information of public interest while also expanding surveillance and cracking down on privacy tools.

Same as the freedom of speech and expression are basic human rights, the right to encrypt your communication and protect your privacy is too. In 2015 a groundbreaking report by the United Nations Special Rapporteur on freedom of expression, David Kaye, called on states to provide online protection through encryption and anonymity tools, warning that blanket measures to restrict online privacy fail to comply with human rights norms. Whether it be just some adult content sent via WhatsApp, a post on Facebook with your point of view concerning politics, or your password sent via email to your wife, you should have the right to keep this information encrypted and private.

With the internet being the central global public platform for communication, online surveillance and censorship limits freedom of expression. Even before 2013, PEN, an International association of writers, aiming to defend freedom of expression around the world, had noted with alarm the rise in cases of writers persecuted for their work appearing online. According to PEN’s 2014 case list, writers and bloggers in Brazil, Mexico, Paraguay, Venezuela, Afghanistan, Iraq, Cambodia, India, Pakistan, Philippines, and Russia were killed apparently in connection to their online writings. Unfortunately, prosecution, denunciations, imprisonments and homicides didn’t stop in 2015 or 2016.

Big companies, like Apple and Facebook, are striving to protect their users. Most messaging apps encrypt users’ correspondence too. But it wouldn’t go amiss if you use additional means of encryption, like VPN, password managers and data keepers too.