What You Should Know About Network Neutrality: Pros and Cons, and a Bit of History

Update as of 26.06.2018: The decision has been taken, the new rules repealing the net neutrality protection came into force on 11 June 2018.

PCMag has recently published a survey on the concept of net neutrality. Its results may be quite shocking to some (we sure were surprised). Turns out, of all the US respondents, a whopping 32% don’t know what it is! This is especially incredible considering the role of the internet in our everyday lives, and the hype surrounding this topic in the media as of late. 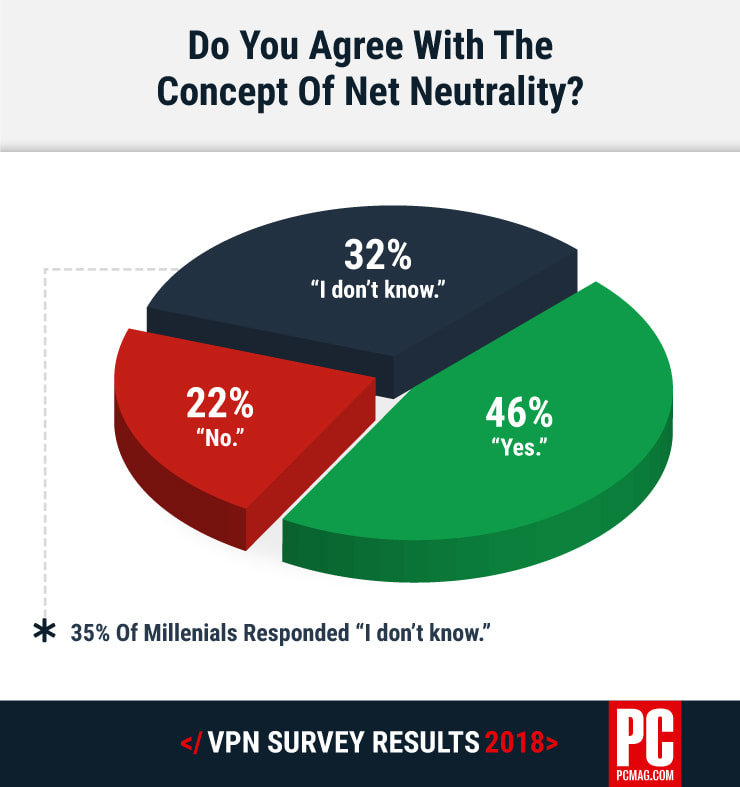 Well, seems like it’s time for another editorial by KeepSolid! In today’s article, you will learn what network neutrality is all about, its pros and cons, and the latest developments around this topic in the US.

What is net neutrality?

Basics first. Net neutrality is the concept that all online data should be treated the same. Internet service providers (ISPs) should not discriminate users by charging them differently or throttling their bandwidth based on the website they access, the type of content they’re looking for, their location, equipment, etc. This is supposed to be achieved through the government regulation of ISPs.

Here are some examples of what can happen when network neutrality is violated:

What’s all the fuss about net neutrality in the US?

Different countries see our today’s subject in their own fashion. Some are like Indonesia or Singapore, taking steps that clearly defy network neutrality, such as banning foreign international services in favor of their local counterparts. Others, like the Netherlands or, somewhat surprisingly, Russia, approved various regulations to stop ISPs from discriminating internet users.

However, for a long time the whole subject wasn’t too widely known to the general public. Not until it was blown up with recent news about the FCC and the US ISPs. Now, the whole world watches the development of affairs, and people from pole to pole became aware of this issue. So, what’s the fuss about?

Pre-2017, internet in the US was legally considered a telecommunications service, applying common carrier protections under Title II of the Communications Act and upholding the principles of net neutrality. In January 2017, Ajit Varadaraj Pai was appointed as FCC commissioner. He soon began expressing his appeal to reevaluate privacy practices and ISP regulations.

It was not until the November that Ajit Pai announced his intent to cancel net neutrality completely. The news quickly took air and caused numerous public figures along with common netizens to express their concern and urge the FCC to cancel the vote against network neutrality. Nevertheless, it took place in December, resulting in 3 votes for and 2 against repealing the rules.

As of now, the FCC has submitted the case to the Senate, which gives the latter time until April, 2018 to stop the repeal. For it to succeed, both the House and Senate must pass the Congressional Review Act.

Arguments in favor and against net neutrality

Naturally, a subject this controversial and relatable causes a lot of public debate – in hearings, in the media, and online. Many were incensed by FCC not following the voice of the people, while others praise their decision as visionary. Let’s try to abstract ourselves from the emotional side of the matter and consider the pros and cons of net neutrality.

Net neutrality fosters freedom of speech and prevents major ISPs from centralizing media power in their hands and stifling the generation of independent content. With these principles repealed, ISPs will be able to control online data and artificially limit or completely block access to it at will.

What can you do in case net neutrality is gone

All in all, KeepSolid VPN Unlimited team stands with the principles of net neutrality. We acknowledge the ISPs’ investment issues, but in our view, their solution should not rest completely on the users’ shoulders. Besides, notorious examples of Comcast, Verizon, and the like clearly show the need for government regulations in this industry.

For the time being, we can only wait for the Congress’ decision on this matter. However, KeepSolid is always here to protect you against net neutrality violations. If you ever happen to face online discrimination or censorship based on your location or identity, simply turn on the trusted VPN service, KeepSolid VPN Unlimited and choose the fitting server.

How could a VPN help if net neutrality rules are violated? In that case ISPs, for example, would be able to charge the netizens preferring video content (watching Netflix, Hulu, and other streaming services) more than those who, e.g. mostly go online for Facebook, Twitter etc. However, by connecting to a VPN server, you make your online activities untrackable. A VPN encrypts your internet traffic, so your ISP won’t be able to monitor what websites you visit.  All of a sudden, with a VPN, you’re once again able to explore the internet freely and without boundaries!