Blog
Who Will Be the Oscar Winners of 2018? — VPN Unlimited Blog

Moreover, this year the Oscars celebrates its 90th anniversary. Fan favorite Jimmy Kimmel will host this commemorative event for the second year straight. If you are familiar with the Oscars’ history, you know how unusual this is. It’s been a long time since Billy Crystal was last given such honor in 1997. VPN Unlimited team is certain that this year’s ceremony is going to be especially remarkable in light of such anniversary.

You definitely shouldn’t miss anything like that, so don’t forget to watch live stream of the Oscars ceremony on Hulu from anywhere with VPN Unlimited. Now, let’s take a look at experts’ predictions about this year’s winners and discuss the intrigues of the upcoming ceremony.

The greatest mystery of the evening will obviously be the movie to win best picture. And not just because it is the main award of the ceremony. The gist is that this year there is no clear favorite. The 9 nominees were announced on January 23rd and were all met with somewhat mixed feelings.

Judge for yourself, the following list presents a wide spectrum of movies varying by budgets, popularity, and genres. Note: the last column of the table, named VPN Unlimited’s Oscars, shows the awards that our team would have given to the nominees in our subjective view. 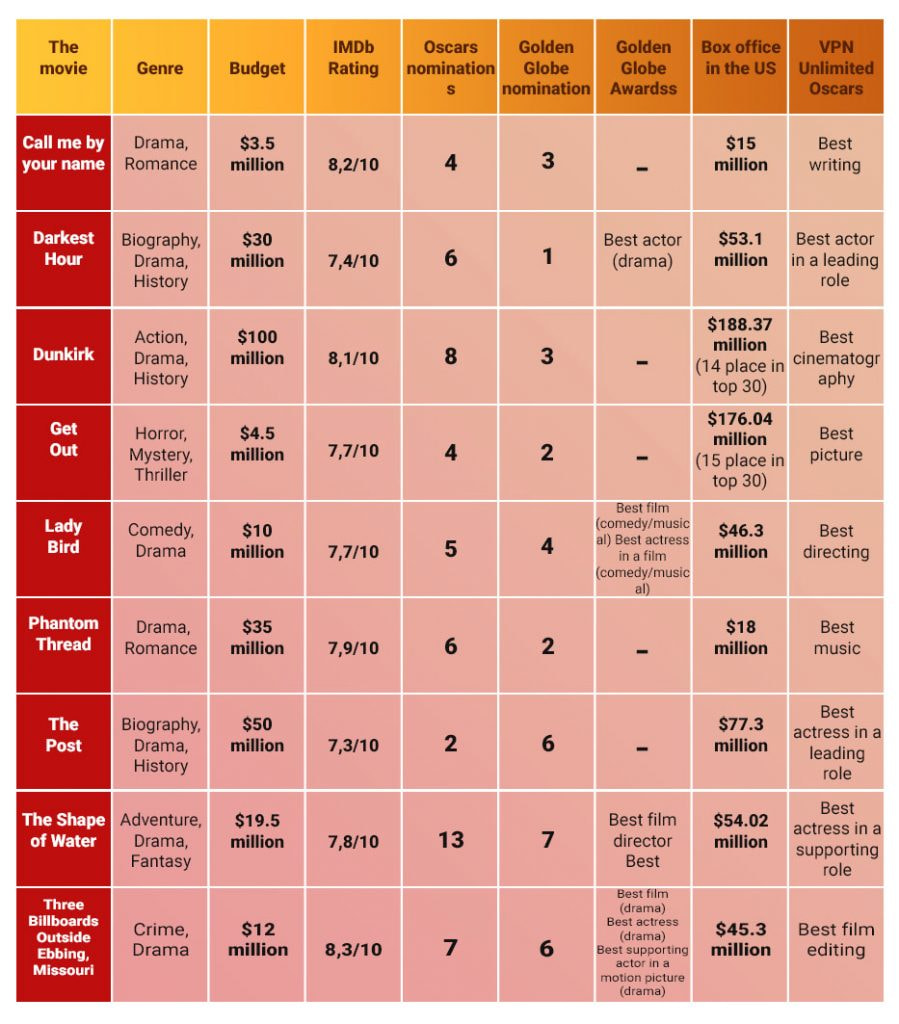 Users and experts from GoldDerby predict the victory of the Three Billboards Outside Ebbing, Missouri; 2201 in 6212 people voted for it. In the meantime, AwardsCircuit says The Shape of Water is going to take the award. The latter would not be surprising, since it is the record holder by the number of nominations in 2018 (13 in various categories). As to the Three Billboards, AwardsCircuit experts note the absence of the Best Directing nomination, whereas the winners of the last 5 years’ ceremonies didn’t miss out on this award. Who is right? We shall soon find out.

What else to expect? 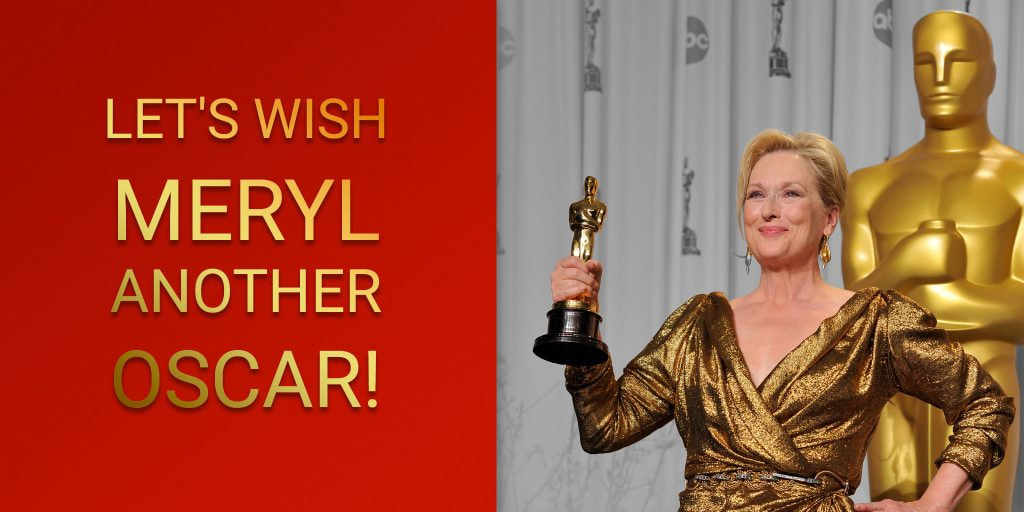 This year was full of social commentaries in films (like race relations in Get Out), broken hopes (like Wonder Woman’s nomination), scandals, harassment opposition, etc. We expect Oscars ceremony to represent and reflect on this. For instance, there’s some good news for Meryl Streep fans. The actress breaks her own record of the 20st nominations in both leading and supporting roles, adding another one this year. Now, with her leading role as Katharine Graham in The Post. She is officially the most nominated actress in the history of the Academy Awards. Way to go, Meryl!

And of course, everyone is holding their breath to hear another inspiring speech for the #MeToo and #Time’sUp movements similar to the one from the Golden Globe 2018 ceremony. Who will be the Oscars’ Oprah Winfrey? We’ll get the answers to all these questions soon enough. So let’s wait for the start of the ceremony!

Which predictions about the Oscars night do you have? Share them in the comments!