After our article about the VPN blockade by various governments, we have received a number of questions from our readers. Some of them either live, work, or travel in the countries we’ve mentioned. And now, having read our article, they are concerned about what kind of penalty can the governments impose on VPN users. For this reason, we’ve decided to clarify this question, and are ready to share with you the results of our investigation. But first, let us explain the context in which censorship laws are usually enacted.

Oftentimes they don’t target vast population (with a few exceptions that we’ll discuss further on). In countries with a weak or corrupt administration it is impossible to effectively enforce the censorship law upon the masses. And it just so happens that most of the VPN blocking states’ administrations fit this description. Additionally, censorship laws’ wording is usually really vague in order to increase their applicability.

With that in mind, it’s easy to understand the real purpose of the internet (and any) censorship. It is all about having a legal excuse for governments to prosecute opposition or specific individuals whom they consider a threat. However, this is a topic for another article. For today’s discussion, this means one thing – while VPN’s might be illegal in a country, using it is actually safe providing that you don’t violate other laws in the process. And now, specifics.

This is the exception we have mentioned earlier. In China, censorship administrators have gained quite some experience and are well-funded. So, for them it’s actually possible to enforce the law upon numerous violators. Luckily, so far individuals who “access international network privately or via “illegal channels,” or offer related services without authorization” can only be fined for the amount up to 15,000 yuan (approximately $2200). At the current state of legislation, no additional punishment can be imposed.

It should be mentioned that currently this law is primarily used as part of the Chinese crackdown on VPN providers. From what we have gathered, no individuals have been punished for using VPN yet. However, China constantly changes its approach to online freedom, so we’ll keep you informed if the current situation changes.

In Iran, the situation with VPN’s is quite straightforward. When asked if VPN’s are illegal there, Iranian netizen declared: “VPN’s are cut off. They’ve shut all the ports”. To learn more about port blocking, read our aforementioned article on this topic. In short, this means that most VPN’s that are not approved by the Iranian government are blocked. Luckily, there are ways to bypass port blockade, like the KeepSolid Wise technology.

So, what will happen if you get caught using unauthorized VPN’s? Well, technically it is illegal and you can be sentenced from 91 days to one year in prison. However, despite the vast amount of illegal VPN users in Iran, actual arrests are extremely rare. Why? Because, just like we have explained earlier, Iranian government only uses this law to prosecute its opposers, not regular netizens for, say, browsing Facebook. 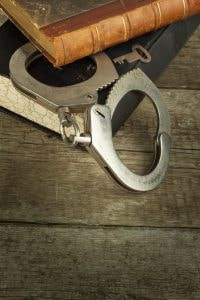 In this country, internet censorship is noticeably less strict compared to Iran. Tourists can browse the internet almost uncensored and use VPN freely. Locals are much more heavily monitored but most of them don’t really use internet anyway. It is considered a privilege and is mostly available to government, scientists, and elite students. And the cheaper way to go online – internet cafes – are thoroughly sanctioned and in no way private.

It’s extremely difficult to find any solid information about penalties in North Korea. It seems that they are more regulated by the political environment than by the law. It is clear that for locals using VPN to access censored material, such as pornography, South Korean movies, or the Bible, is strictly forbidden. However, reports about actual penalties for these violations differ dramatically – from a small fine to capital punishment.

The bright side is, the Russian censor administration is so far extremely inexperienced and makes a lot of mistakes. Thus, their VPN blockade is extremely easy to bypass using the aforementioned KeepSolid Wise technology. And it is almost impossible to track, unless the government hackers spy on you specifically.

In Saudi Arabia, VPN’s are only illegal if you use them for VoIP services like Viber, WhatsApp, etc. This law secures Saudi government’s profit of Telecommunication companies, and so the legislation behind it is quite strict. The SA government also blocks unauthorized VPN services. Penalties for using a VPN service include: “harsh punishment” (quote from the SA official) for locals and deportation for expatriates.

Internet censorship in the UAE is quite infamous. VPN’s are not illegal on their own, but it’s considered an offense to use it to commit a crime (in addition to the crime itself). The fines for this range from 500,000 AED to 2 million AED ($136,000 – $544,000) and a potential custodial sentence. Worth mentioning that banks, companies, and institutions can use VPN’s freely, it is only individuals who are prohibited from it.

All in all, using a VPN can be quite dangerous at times. If you live in a VPN blocking country, you’d better make sure you use a proper service. You need a VPN that a) can bypass blockade, and b) can avoid detection. Luckily, you have to look no further, as VPN Unlimited has it all and much more.

Interested? Download a 7-day free trial version and give it a try! And if you are still concerned if this solution is completely safe for your situation, feel free to contact us at [email protected] and ask any questions.