Messaging Apps: Is There Any Risk to Your Security?

We chat with our friends and family every day. It became as much of a habit as having a breakfast in the morning. According to Statista, communication & social app categories have 97.6% mobile market reach among online users in the US (you can find more information here). And as ComScore puts it in their report, 96% of total digital time spent with smartphones and tablets is accounted for messaging apps. As a result, we take our security in messengers for granted and don’t think about any risks while clicking on links sent by, say, our best friends.

But think about it. Since we spend so much time with instant messengers, that’s where cybercriminals obviously want to be. How successful are they in doing so? Every popular messaging app states to be protecting our private data. The owners of the services assure they apply end-to-end measures. But is it really a guarantee of our security? Let’s figure out together.

If we look through the number of monthly active users in various instant messengers, we can get the next list of top popular apps: WhatsApp (1500 millions), Facebook Messenger (1300 millions), WeChat (1000 millions), Skype (300 millions), Viber (260 millions), Snapchat (255 millions), and Telegram (200 millions). So, have any of these business giants been spotted in their users’ data leakage?

Well, as you can see, even the world’s giants can’t always withstand cybercriminal assault. That’s why having an additional defense line becomes essential. For this, we suggest a secure virtual private network, like KeepSolid VPN Unlimited. In a nutshell, it is your personal layer of security, which creates an encrypted tunnel connection between your device and a secure server. As a result, it doesn’t matter what kind of link you click or what app you download. No cybercriminal will be able to decode any of your personal data even if some of it fails to their hands. 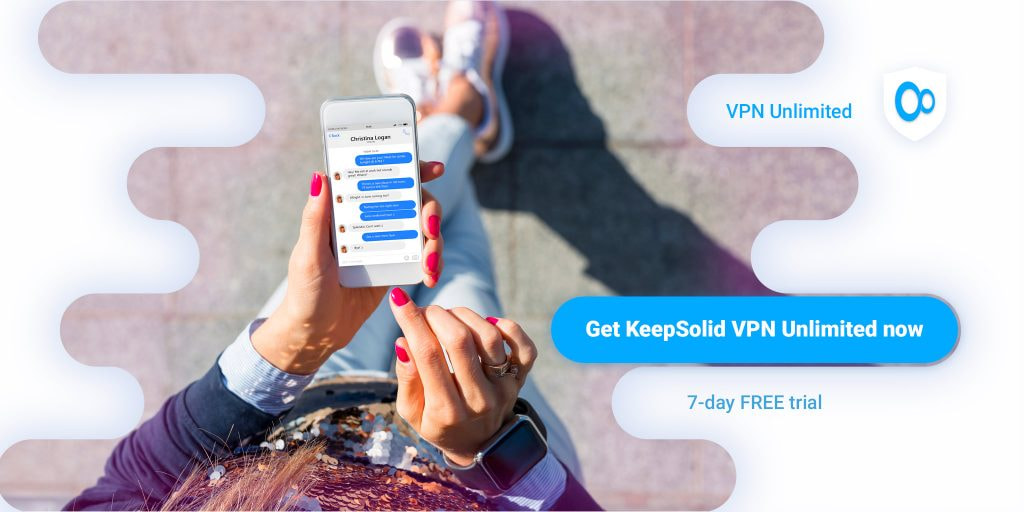