Blog
Unexpected Facts about Smartphones and How to Stay Safe Online

While searching for the last years’ statistics, we’ve learned some interesting information. For instance, according to eMarketer, more than 42% of Brazilian smartphone users would rather give up on water and electricity for a day than go somewhere without their mobile companions. That’s why we have a question for you: opening your eyes in the morning, what do you do first of all? More than 50% of smartphone users grab their devices, and you probably rank among.

Mobile technologies entrenched in our life so unexpectedly and fast that we almost overlooked this fact. Way back, nobody could even imagine this small device would become such a significant thing for us. That’s why now, when your smartphone literally contains any and all of your private data, it’s time to talk about your online safety and privacy while using it. Let’s have a look at how to keep your data secure and why its preservation is so important.

Smartphone using facts: just statistics or the reason to ponder?

Nowadays, overuse of smart devices is a norm. Alas, it also enhances the chance for malefactors to have you under fire. Let’s affirm this with the following facts: 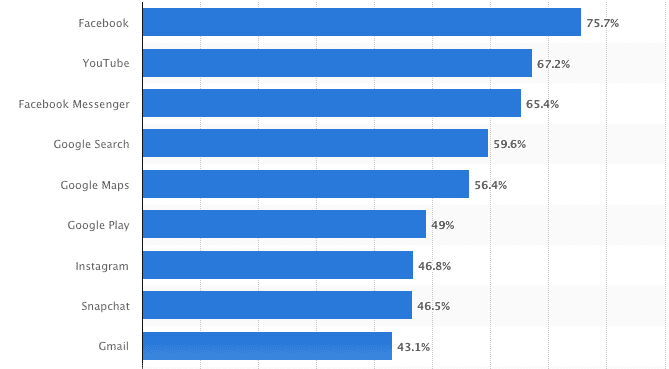 Perhaps, the takeaways from these facts is not that obvious. But ask yourself: “How many photos, private messages, and other information do I share via Facebook and Facebook Messenger? How can I be sure those and my emails can’t be read by anyone else?”

You may be unaware of taking your mobile phone in hand, but the moment you do this, time starts slipping through your fingers. Comparison of smartphone addiction to a drug one is the mot juste. Taking into account that the aforementioned statistics are known to malefactors as well, your smartphone might be in their crosshairs. Which, in our opinion, is enough to start worrying about privacy.

Safety is a priority

All of these statistics lead to the conclusion that with the increase of smartphone use, probability for you to get cleaned out will rise as well. Just imagine how many possibilities are opened for cybercriminals now.

We care about our readers, that’s why we have an ideal solution for your security – VPN Unlimited. We offer you personal protection and the safety of your data. It doesn’t matter which messages you send or which WiFi you use, our VPN protocols encrypt your data and even if anyone tries to steal it, they won’t be able to decipher it. Our top secure 128-bit and 256-bit encryption standards provide a perfect balance between safety and internet speed.

Don’t waste your time – because malefactors surely won’t. Download VPN Unlimited and you won’t lose your money or private data on the internet.