Trends in Cyber Attacks That Will Dominate 2018

Cyber crime is a complicated and ever-shifting phenomenon. Most normal people have quite a vague and, truth be told, outdated understanding of this matter. Unless, of course, they are like us and cyber security is their job, bread and butter. Don’t worry though, today we are going to bring you up to speed. Read on to find out everything you need to know about malware trends, recent attacks, and the best ways of protecting yourself.

It’s only the beginning of 2018, but we can already spot certain motives when it comes to cyber crime. It’s no wonder, seeing how at least 360,000 malicious files are discovered on a daily basis. Most of them are malware, with viruses and adware combined making up only one fourth of all the files. The overall amount of cyber attacks keeps growing, which clearly shows that malefactors are interested in this method of enrichment, and are not going to slow down.

Let’s start with the classics that are taking new shapes – ransomware and adware. These are the types of threats that we are all too well familiar with (see WannaCry and Petya, for instance). However, recent examples of such assaults show that their actors are going to keep increasing the scale.

Recently, ransomware attacks disabled Indiana Healthcare Organization’s and North Carolina conty’s networks, causing them to return to pen and paper for some time. And about a month earlier, the Balkans became the target of an unusually “polite” Spider ransomware. Not only did its authors allow an unusually large payment window of 4 days, but they even provided a convenient step-by-step video guide on how to perform the payment. How nice of them…

As to adware, it as well shows the signs of growing in scale. For one, the lately discovered LightsOut adware was hidden within a whole lot of 22 utility and flashlight apps. It is quite an irritating specimen, too. It would force victims to press on ads or watch them if they wanted to answer calls, make a WiFi connection, or unlock the screen. Besides, since the ads are not directly connected to a LightsOut-infected app, it’s not that easy to figure out what causes the problem.

Adults are perfectly prone to such assaults, too. Most users are not too cautious when it comes to downloading another app or two, especially for free. To illustrate, an Android banking trojan A2f8a has recently targeted whopping 230 banking apps, preying upon financial information. Moreover, it could intercept incoming SMS, meaning the attackers were able to bypass banks’ two-factor SMS authentication. 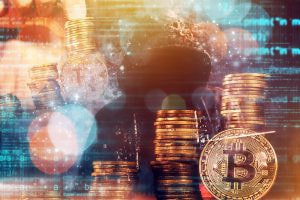 In terms of financial cybercrime, though, there’s a completely different trend that is likely to keep us “excited” throughout the year. We’re talking about crypto-mining malware. With the rise of popularity of cryptocurrencies and the amount of money accumulating in this industry, it’s no wonder that all sorts of malefactors are flocking towards it as well. But in addition to trivial theft of credentials and money, more and more people are becoming targets of a new pestilence – cryptojacking.

In this type of attack, hackers attempt to stealthily (or not so much) consume victims’ CPU power to mine cryptocurrencies for themselves. As mind-blowing as it is in itself, the variety of platforms used by attackers is even more surprising. It has been reported that cryptocurrency mining code was detected within YouTube ads, phishing business emails, and even Starbucks public WiFi network.

Phew, what an interesting year awaits ahead! We hope that this digest helped you puzzle out a tricky topic of cybercrime. And if you are wondering how to defend against such an array of threats, the main principles stay the same as before. Don’t open suspicious files, only install trusted apps, keep your software updated. And remember – hackers won’t be able to use the data stolen from you if they can’t decipher it! That’s why we highly recommend to always enable VPN Unlimited when browsing online.

And if for some reason you still don’t have it, you can download VPN Unlimited right now and get a 7 day free trial to see how it enhances your security and privacy!