It is reported that in Turkey social media restriction has been tightened. Sites comply with a court order that prohibits sharing images with prosecutor being held at gunpoint. Last week, two gunmen took the prosecutor as hostage in Istanbul courthouse. Turkey has been blocking access to social media before. Country’s officials described the images of prosecutor as “anti-government propaganda”. Prior to setting a block on the websites like Facebook, Twitter and YouTube, Turkish authorities stopped newspapers printing the images too. Newspapers were accused to disseminate “terrorist propaganda” for the DHKP-C group that was behind the attack on the courthouse. 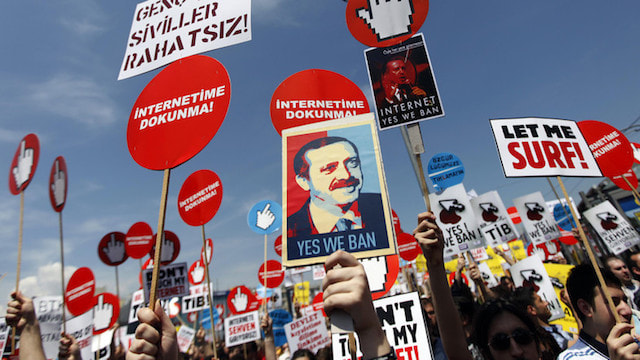 As millions of users tried to comment the posts through social media and their favorite platforms, the access to these websites was denied. Yet the block didn’t stop people from tweeting because both newspapers and some individuals have posted specific guidelines how to overcome the ban. The hashtag #TwitterisblockedinTurkey once again is the number one topic globally.

While the ban on Facebook and Twitter was lifted after the provocative images of the courthouse hostages has been removed (these websites were claimed “a menace to society” in Turkey), over 166 websites that shared the images were blocked by the order of the court.

Famous YouTube published “administration measure” text of the court ruling and it is now is seeking ways to restore access. Prior Facebook was a subject to the same block, but as soon as it has removed the images before the expiration of the deadline imposed by the court, the block was lifted. Twitter has reacted not as fast that is why their system was blocked for several hours on Monday.

Turkish users have reported not being able to access major websites and services. This is by far not the first time that Turkish authorities have blocked social media websites and networks (the run-up to local election in March 2014: recordings reveling corruption among senior officials).

If you travel in Turkey, you need to make sure that you have the ultimate online protection via secure VPN service. If there is an urgent need to access your email, social media and major websites, use VPN Unlimited. Send important emails securely or access your favorite shows by switching between global VPN servers. We have already helped thousands of users in Turkey to stay up to date with the Internet and we will continue to provide quality VPN service to everyone in the region.