Blog
VPN Not Connecting, and Other Issues Easily Solved On Your Own

If there’s something strange with your VPN, who you gonna call? Well, before contacting Ghostbusters or a VPN provider’s call center for that matter, you might first want to take a look at this piece. KeepSolid VPN Unlimited team has collected the most popular questions and requests from our customer service department, like why is my VPN not working, why VPN won’t stay connected, and other common VPN problems. Each item will be complemented with the solutions to help you solve them in no time!

Grab VPN Unlimited and explore its benefits yourself

Obviously, this is the most common and specific (not really) request. There are literally hundreds of potential reasons for such problem, so we’ll only scratch a tip of the iceberg here. The #1 cause on our list is trying to connect to public WiFi. Every so often, such hotspots request users authorize in their system before using them. A user fails to realize this, and tries to establish a connection via VPN right after hooking into public WiFi – no wonder, it won’t work. Solution: check your internet connection without VPN first.

Now, sometimes public networks (or even whole countries) may decide to prohibit VPNs usage. They do this by blocking specific internet ports commonly used by VPN protocols. To avoid this, you can try changing protocols used by your VPN. However, VPN Unlimited has a much better solution for you – KeepSolid Wise. This is a technology that masks your VPN connection and allows to bypass the internet port blockade.

Another common reason for VPN connection disruption is your firewall. You see, it was originally designed to block traffic modification and tunnelling. Alas, this is exactly what VPNs are expected to do! So, big surprise, these two services rarely get along very well. And last but not the least, some users try to dual-wield numerous VPN apps on a single device at once. They rarely work together well, so always check if you enable one VPN at a time.

It would seem like a no-brainer that the best solution for this problem is to read the message text first, right? Well, you see, sometimes such messages are not too helpful, are undeveloped, or make little sense. That’s why we decided to cover two of the trivial ones. First and foremost, this can be a so-called expirator – a notification that your subscription period is over. If this is the case, just pay the fee.

The second case is a bit more tricky. Usually, VPN providers allow you to use their service on a limited amount of devices, with additional device slots sold separately. So if you see a notification that you’re out of device slots, the obvious step would be to buy more. However, sometimes a single device can be duplicated in a VPN account (for example, after updating your operating system). So if you are sure that you can’t have run out of device slots, just check your account to see if there are any “clones”.

3. I Have Paid for my Subscription and Still can’t Use VPN! 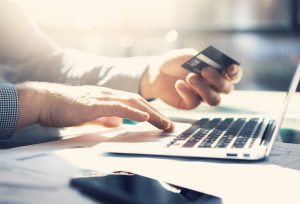 So you’ve made your payment, and the VPN doesn’t work regardless? Congratulations, your problem’s solution is probably described here. We’ll begin with credit card payments. When using them, your payment processor may consider some of the payments suspicious. Either because of unusual volume of payments, or because of a strange amounts, or for any other reasons – your processor ties up your money and begins an investigation that can last up to a couple days. To fix this, you can either contact your bank or your VPN provider, or just wait until the processor completes the investigation.

The second reason is a bit similar to the extent that it can also only be solved by contacting the VPN provider. You see, sometimes when paying for iOS/macOS versions of some VPN apps, the market may bug out and “forget” to inform your VPN provider. So, in this situation the only fix is to inform them yourself. Finally, the problem may reside in a simple fact that the system has not yet completed its whole settlement procedures yet. If that’s the case, just wait a bit. And don’t forget to restart the app, since they usually update the subscription information only after that.

4. Certain Websites Don’t Work With a VPN On!

Most frequently, this happens due to the website blocking a specific server’s IP. As you know, public VPN servers are shared between the vast amounts of people, and some of them are somewhat unsporting. That’s why, when such a person’s IP gets blocked by a site, all users sharing the same server will also get blocked. The best solution for this is either choosing a different public server to use, or buying a Personal IP.

Another typical problem is users being unaware that some VPN servers prohibit the use of torrents. So if you need to use torrent services, once again, you’ll have to choose a VPN server that allows them. Finally, a less widespread issue is some users’ emails getting blocked because of suspicious activity. The cure is simple – just enter your email account with VPN disabled and confirm that the activity was legit. 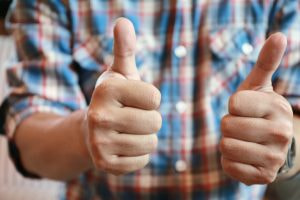 Once again, this is the problem of a thousand reasons. But a common user is more likely to face some of these. First is a performance speed drop. Unfortunately, this is an inevitable price of extending the path that your traffic has to travel. Also, the more crowded a VPN server is, the slower your connection becomes. But if you feel that your speed with VPN drops even lower than usual, you may have faced ISP throttling. It’s a technique applied by some ISPs in order to cut VPN usage. In this case, just like with VPN blockade, to speed up VPN connection, you can either try other VPN protocols or simply turn on KeepSolid Wise. Switching protocols or changing VPN servers can also be a solution if you have no internet while being connected to VPN.

Another minor issue can occur if you are using an Android device. Turning power saving mode on, might cause VPN connection losses and disruptions. If that’s the case, simply turn the mode off.

6. Email is Not Working While Connected to VPN!

This issue might be caused by your mail client’s security settings. To get everything up and running again, try to follow below steps:

If you change VPN server, you may need to repeat these steps again.

Well, we hope that this article helps you find out solutions for any VPN problems you might have. However, don’t hesitate to contact our Customer service at [email protected] if you happen to have any questions!

Try VPN Unlimited without any risks!