Are you rocking a good ol’ Xbox One or one of those new, shiny Xbox Series? Then it’s likely that you are interested in ways of buying all of those cool, immersive, exciting games a bit cheaper. Well, you’re in luck! Today we at VPN Unlimited blog are going to tell you of an Xbox gift card method and how you can buy games at Microsoft Store cheaper.

So, what’s that Microsoft Store Xbox method all about? It’s based on the simple fact that Microsoft enforces regional pricing – the practice of setting different prices for different users based on their geographic location. Gamers in places with higher average salaries will have to pay significantly more for the same games than third-world country gamers. Now, how fair is that!

Well, the Microsoft Store Xbox gift card method will let you actually capitalize on this and get any games at far better prices. We’re talking 70%-80% cheaper prices, in some cases! Sounds nice? Sounds nice. Let’s check out how to do use it.

So, first and foremost you will need to find a country where the Xbox games you want to buy are the cheapest. You can do it by simply combing through different Microsoft Store regions (see how to change your Xbox region in step 2) or by using a service like xbox-store-checker.com that shows what a game currently costs in various regions. Most commonly, it’s countries like Turkey, Brazil, and India.

Also, don’t forget that the best way to save some money on games is to wait for sales. Xbox regularly offers discounts, some up to 70 or 80% – catch one for the games you like, and you’ll get yourself quite a deal. 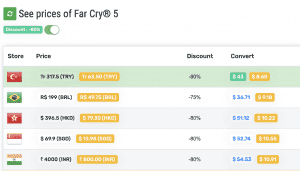 Now, this is the trickiest step! You need to buy an Xbox gift card of the country that you have chosen on step 1 (so that it is in local currency). Important: you need an online code / digital code / email delivery card, NOT a physical gift card.

There are two ways to do this:

The next thing you need to do is activate the Xbox gift card. Do NOT do this via the Microsoft Store site! You can get your account banned this way. Instead, download the official Xbox app for your Android or iOS phone (from Play Store or App Store, respectively).

Do NOT launch the Xbox app just yet so it doesn’t learn your location! First, you will need a service like VPN Unlimited to obscure your real IP address. Here’s what you need to do: 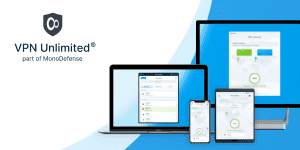 VPN Unlimited is a part of the MonoDefense security bundle

4. Change your country/region on Xbox

Congratulations! If you did everything right, you can finally utilize the Xbox gift card method to buy games at low regional prices. Proceed to the Xbox store, select the game you want (check that its price is shown in the correct local currency), and press buy.

After that, pause the download and change your country/region back to normal (see step 4 again) to ensure that the console downloads the correct version of the game and language. If at any point you are requested your address or other geographic information, enter that of the country you’ve chosen (you can find it via Google Maps or similar services).

Enjoy your cheap Xbox games! And don’t forget to use VPN Unlimited any time you redeem your Xbox gift cards to prevent your account from getting banned. VPN Unlimited provides 3000+ VPN servers in 80+ locations, so you will always have access to countries with low Xbox prices. See for yourself!